Eighty-seven-year-old Aussie Tom Susans finally got to marry his college sweetheart last weekend with bridal jewelry he had stored away for the past 60 years. 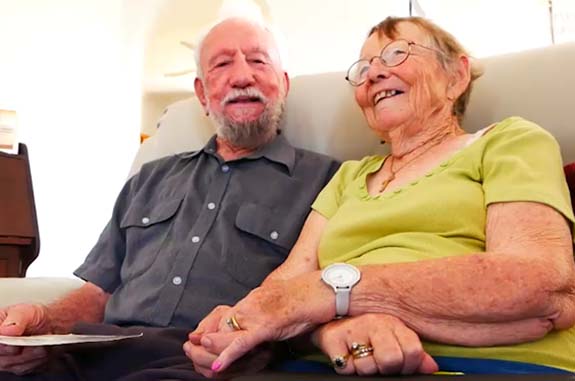 Susans and Judith Beston met at a teacher’s training college in Brisbane, Australia, in 1957 and agreed to tie to knot two years later when Susans graduated and landed a good job in his field of study.

He had already purchased an engagement ring and wedding band when Beston’s mum pulled the plug on the relationship. Susans was 27 at the time and Beston’s mum disapproved because she felt he was far too old to be courting her 20-year-old daughter.

“I thought, ‘This is good, I can get married here and Mum can help me a bit,’ but at home it was really difficult,” Beston told Australia’s ABC network. “Mum didn’t want Tom involved. She thought he was much too old for me.”

Without telling Susans her plans, Beston abruptly moved from Australia to New Zealand, where she got a job as a school teacher and started a new life.

“She just disappeared,” Susans told ABC. “I didn’t know where she was. I couldn’t find her anywhere in Australia.”

A brokenhearted Susans placed the engagement ring and wedding band intended for Beston in a wooden cabinet and there’s where they remained for the next 60 years.

Beston went on to marry an Englishman with whom she raised seven children. Susans married a fellow teacher and established a home in Rockhampton, Australia, where they raised four girls.

Throughout his 53-year marriage, Susans always wondered about the one who got away. He consistently attended the reunions of the Queensland University of Technology, hoping to reconnect in some way. He couldn’t find her at the 30th or the 40th. At the 50th, he didn’t even try.

But, when he returned from the 50th reunion he scanned through the names of the 400 attendees and, sure enough, Beston’s name was on the list.

“I thought she had died,” said Susans.

It was 2009 when Susans and Beston finally met face-to-face at another Golden Graduates Reunion. They had a great time catching up on each other’s lives, but for the next decade they only communicated via Christmas cards.

When Susans’ wife, Sylvia, passed away, he decided to correspond more frequently with Beston, who lost her husband many years earlier.

In April of this year, the two connected once again when Beston traveled to Australia to celebrate her 80th birthday. 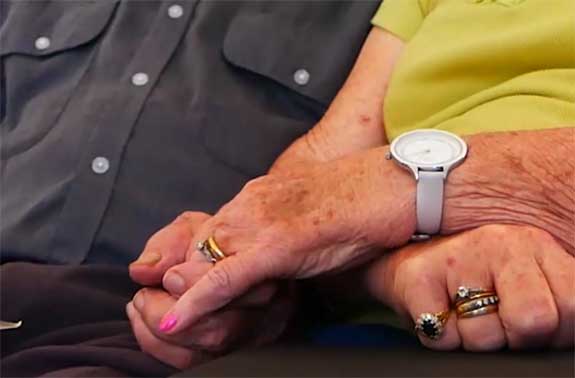 The two holidayed on the Queensland coast and this is where Susans proposed to Beston, again, with the engagement ring he had purchased in 1959.

This time, her mum wasn’t around to stand in their way.

“When he asked me to marry him, I said yes straightaway,” Beston told ABC.

“I thought after 60 years, it was about time she had it back — and it fitted,” Susans said.

The couple officially tied the knot last weekend in an intimate ceremony attended by family and close friends.

And this past weekend, Beston proudly wore her old/new bridal jewelry as she and Susans participated in their 60th Golden Graduates Reunion.